The Boats and the Campus 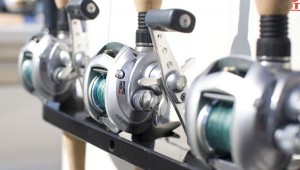 All rods, reels, tackle and other Redfish University equipment is current year!