Trying to get in as many Redfish University anglers as possible before taking eight days off for the London Olympics and some fishing in S. England. We’ve been fishing every morning of the week and really covering the coast between Port St Joe and Pensacola. Last week, we were here in Pensacola and found plenty of fish even though the conditions were a bit tough. I always say if you’re around big numbers, you’re going to get plenty of bites with the correct techniques. Redfish University uses the correct techniques. Had some VIP Redfish U clients accompany some friends and I over to Port St Joe to do some scalloping and morning fishing for speckled trout and redfish. Sunday morning I guided a few St Joe locals who I met at Bluewater Outfitters during my Berkley Fishing Tour seminar this past Spring. Although the fishing is definitely not as spectacular as it was back in the late 80’s, we still put a pounding on the large speckled trout and found redfish around Pompano Point with even more fish closer to the canal. During the afternoon, we cleaned up on the scalloping. Monday morning, we guided some Destin locals in Choct. Bay and then back to Pensacola where I’ve spent the rest of the week smashing the redfish and speckled trout in our bay system and Santa Rosa Sound. In all areas, Bongas, Johnson Gold Spoons and Berkley Gulp! Jerkshads were the baits of choice. Solidly booked throught August but a few dates are available in late August. Thanks, E Holstman 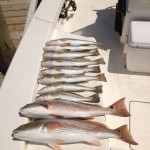 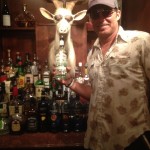 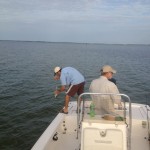 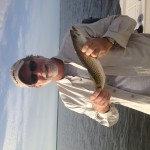 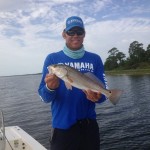 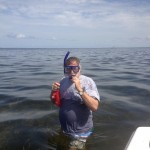 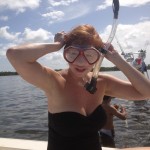 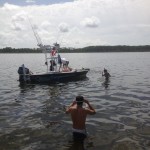 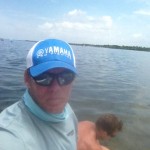 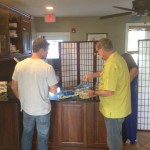 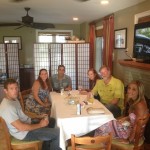 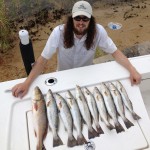 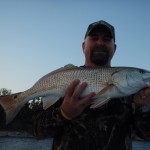