Pensacola redfish and speckled trout with some great bass anglers at Redfish University-March 18, 2012

Guided some very good bass anglers from Arkansas this afternoon. In fact, one angler had never seen the saltwater and had never caught a saltwater fish. Fished the afternoon and immediately found some quality speckled trout and a few redfish. We really worked some areas slowly and methodically to produce our fish as they just didn’t want to commit to holding the bait. We did scale down our Gulp! to the 3″ Shrimp which helped a bit. Targeted some areas with hundreds of mullet but really didn’t hit the big numbers of redfish and speckled that we are accustom to. It was great to see our new saltwater angler picking off the speckled trout and even a nice redfish. These bass anglers are great at adjusting to the freshwater-like techniques here in Florida. I think switching to the InvisiBraid on my rods helped them recognize bite and make longer casts as they were using 10# fluoro on their own rods to start. Ended the afternoon by sticking some really nice speckled trout which were again schooling to the north. It really surprises me at the quality of some of these fish, some of which were in the 16-19″ range. We even nailed some on topwaters!! Today was a much needed catch-and-release trip. We’ve really been working the area over and taking a TON of speckled trout, redfish and flounder. Took it easy on them today. Thanks, E Holstman 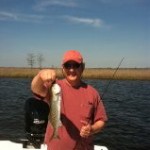 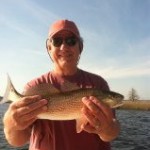 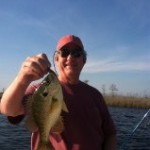 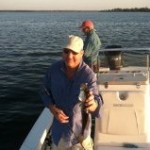 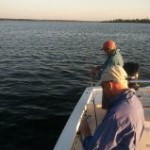 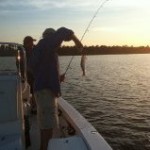 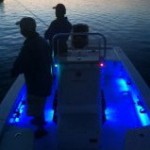