Almost to 200 trips for the year!! When you’re looking for a Pensacola inshore fishing charter, Redfish University is the only place to be. The last four trips have been a split with two instructional trips and two pure fish-catching outings. All the usual fantastic Redfish University guided trips. The last four mornings at Redfish University have been outstanding with large catches of redfish, speckled trout, some flounder and bull redfish. We’re still concentrating in some of the mid-level areas in our bays as many of the better quality fish have remained on or near the shallow flats. The speckled trout have been quite simple to find and catch on a variety of Berkley Gulp! baits but there are still some great topwater action for the trout and redfish as you will see later in the report. The flounder have been a bonus catch although they have been coming from similar areas so they will be targeted more predictably very soon. For the redfish, they have been very steady in both shallow and deeper water. Finding plenty of legal redfish in the areas where there are larger trout and will be taken on similar baits. In similar areas, we are also seeing big numbers of redfish in the 27-40″ range that are very happy to take a Sebile Bonga ripped on the surface. An untraditional place but they are there!! We’ve also spent a day down south targeting the larger bull redfish on the shallow flats in very clear water. Our advanced level anglers at Redfish University love to sight fish, so that’s what we do. Anyone can catch a fish out of a school of 500 and often times doesn’t interest our clients. Recent comments contain the words “insulting” and “elementary.” That one’s for you, Hugh!! Anyway, we just use the trolly and I like to allow the anglers to discover the fish for themselves although often times, I will have announce their presents if there’s a slight delay. Some catch and release and some fish have hit the cooler. Big ones are always released healthy. Scheduled today off for some Excursion maintenance and focus on getting some friends to vote but back with some awesome Redfish University trips for the rest of the week. Thanks, E Holstman 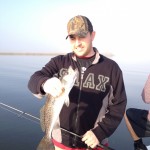 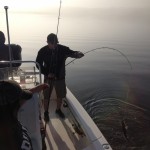 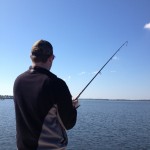 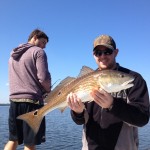 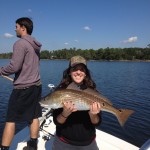 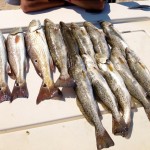 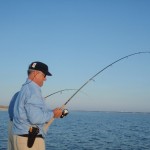 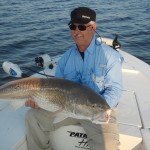 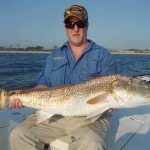