For Pensacola inshore fishing charters, Redfish University is the place to be!! We’ve been fishing a wide variety of areas the last few days, running combinations of instructional and fish-catching trips and producing big numbers of fish. Friday’s double bookings were wonderful while Saturday and Sunday’s trips were a bit slower but we eventually pounded out several quality fish. For the redfish and speckled trout, we’re concentrating in the upper bays and even some areas to the south where some bigger speckled trout and redfish are still hanging around. Early morning is still great with topwater Sebile Bongas and then the traditional Berkley Gulp! and Johnson 1/4oz Gold Spoons have really done a number on both species. In addition, the local bayous in Pensacola have started producing some large speckled trout in the 4-6# range but we haven’t seen our 7# plus fish just yet but some lucky anglers in the near future will take a great number of these trophy speckled trout very soon. The now famous Redfish University drop-shot rig is responsible for many of our big trout and redfish in a few specific areas and under the correct conditions. For the anglers looking for the big redfish for catch and release, they are still plentiful but not in the huge schools in the middle of the bay which is fine by us. These fish can be seen and caught with the preferred method and a Berkley Gulp! 4″ Shrimp in Lime Tiger. Some release trips but several speckled trout and redfish are hitting the cooler for holiday cookouts. Rained out this morning which means an interesting scheduling conflict from Wednesday on. Lots of trips through the first week of January 2013. Thanks again everyone and Merry Christmas, E Holstman 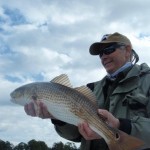 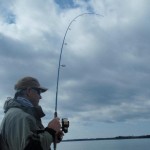 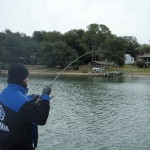 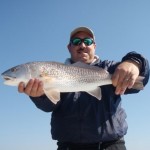 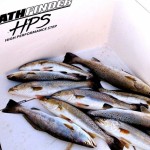 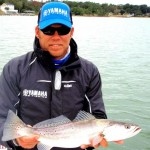 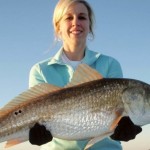