Guided the Folks this morning for a little birthday trip. Started very early as the fish have been most active from 530-800am. Ran to East Bay and threw topwaters with redfish and trout almost every cast. Incoming tide but low water meant the fish were off the banks where we found plenty of mullet and bait. Some great action for the first few hours and then it really shut down. After some adjustments we found some large trout willing to bite along Scenic Hwy. Wherever we found mullet, the trout were mixed in and really found some nice numbers of quality fish. Kept a few trout and a redfish for dinner and released the rest. We did see lots of flounder squirting off early along the banks but never boated one. Weird. 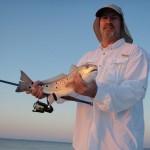 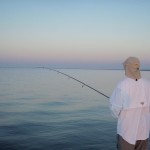 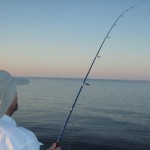 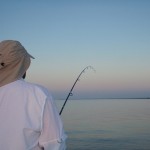 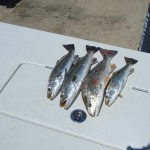