Finding some excellent redfishing in the early morning hours at Redfish University. With the recent rains and dirty water in the bays, we’ve been concentrating in the far reaches of Santa Rosa Sound. The most productive hours are between 515am and 7am. Guided Robert Ruffino and Robert Jr. of Baton Rouge, LA. yesterday and my website designer, Randy Hamilton, and my dad for a short trip this morning. Started with Sebile Bongos over grass in 2-3ft of water and around small schools of mullet in mixed sizes. Robert Jr’s second cast was hammered by a 27.5″ 8# redfish that really worked him over. Further down, he stuck a -27″ redfish that weighed in at 7.25#. Had some quality trout coming to the boat as well. It wasn’t long been he did it again with a 26 7/8″ redfish at 7.25# again. Would have been a great tournament morning with +/-14.5#’s in 20 minutes. Maybe I’ll fish a little tournament here soon!! Anyway, sent the guys home with a few nice fish for fish tacos.

This morning, my dad and, website designer, marketing genius and advertising guru, Randy Hamilton joined me for some redfish action in similar areas in the Sound. Again, redfish to 7#’s although the west wind and surface grass slowed things down a bit. In choppy water, a topwater that has a pitchy rattle and produces some bubble-splash is key. The Bongos do both so we were golden. Sent some redfish home with my dad.

Last week, I worked with Penn Reels and Berkley down at the Baypoint Invitational Billfish Tournament in Panama City, FL. Met several nice folks and saw some nice offshore species hit the scales including a 404# Blue Marlin. Lots of new Berkley Gulp! baits, Sebile jigheads, superlines, monofilament and reels/rods from Penn coming out in September. Keep your eyes peeled. Thanks again, E Holstman 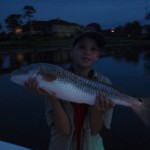 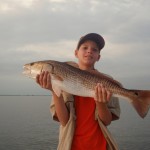 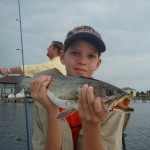 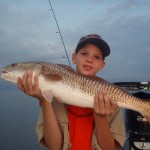 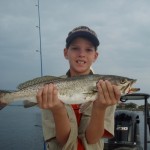 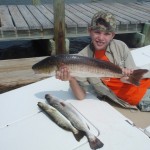 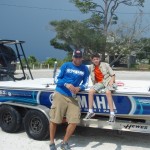 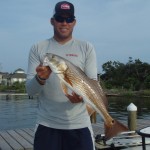 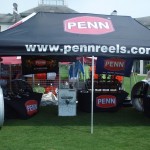 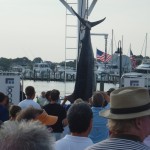