Early and often to the instructional excellence of Redfish University-Oct. 3, 2012

Redfish University is guiding anglers to redfish/speckled trout and performing educational inshore classes whenever it wants. We are very fortunate to have such a dedicated, loyal and elite following but our incredible success and reputation will surprise very few. This morning, Redfish University performed another instructional, techniques and productive areas educational guide trip for local anglers. Many anglers have jumped the gun on Redfish University’s extremely busy Fall and Winter redfish/speckled trout/flounder/striper/bull redfish guided and instructional trips. It’s a good thing because bookings in late October through the end of December are quickly being taken especially optimal tide days which are available on a first come, first serve basis. Those are gone through year’s end!! Since there’s only one Professor, only one Redfish University and one qualified educational fishing operation in Pensacola, Florida, space will be very limited; unless of course we accommodate the masses during the afternoons as well.
Our anglers this morning wanted to learn a few areas south and then spend most of our time concentrating on the areas where our redfish/speckled trout/flounder/stripers will be during the Winter months. We even showed them on GoogleEarth Maps where they will be able to find the mindless schools of larger redfish down in Pensacola Bay and the Pass as well as some really fun areas to catch them shallow. That instruction is simple, throw at them and you will catch them.:) Throw anything, however far you’d like, with your eyes closed and eat a sandwich. As predicted and stated in our previous report, the quality of fish remains very poor in our Winter areas until the water temperatures drop significantly. Plenty of small trout and small redfish, but rest assured, they will come. A catch and release trip today and have no idea how many we caught.
Another instructional trip tomorrow and Friday and thinking about doing a few over the weekend. Thanks again, E Holstman 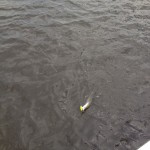 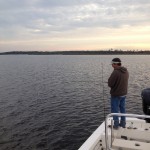 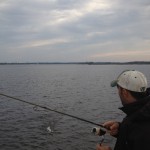 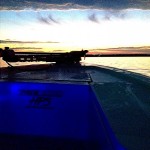