Day 1-Lots of redfish of all sizes at Redfish University-April 7, 2011

Guided Mr. Chris Tiller and his son, Will, for the first of a three day redfish and speckled trout adventure. Both anglers are accomplished bass fisherman and were an absolute pleasure to fish with. Started at first light over in East Bay and Blackwater with a rising tide. Quickly found some decent redfish holding on some shallow flats and around some shallow structure. Hit some really productive flats for the first few hours and found some nice groups of redfish from 25-29″ that were more than willing to cooperate with a few double hookups. Travelled further south into East Bay and fished some structure in 6-10′ of water in high winds and knocked off some quality redfish in the 26-31″ range. We found the Berkley Gulp! Jerkshads in camo to be most productive. Taking the fellas into Santa Rosa Sound tomorrow morning, followed by some sight fishing for over-sized fish and some possibly some pompano. Stay tuned! E Holstman 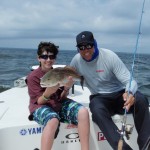 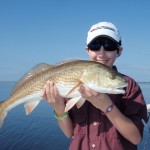 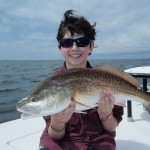 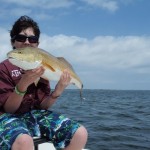 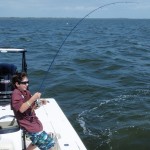 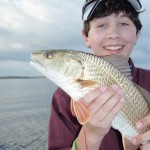