Guided Patrick and the guys again today. Better water movement and much better fishing today. Ran to south East Bay early and found the speckled trout rabid with strikes nearly every cast on topwater Bongos. We also discovered some of the small schools of menhaden being sprayed and very uncomfortable. Normally, in deeper water, only gafftops have been with these schools of bait. Since these schools were in shallow water with slicks forming pretty consistently, we decided to launch some topwaters in that direction. The baits were quickly pounded by 12-18# redfish which was a pleasant surprise. Wrestled with the redfish for a while and then they wanted sharks again. Outgoing tide and the sharks were very hungry. Lots of hookups and jumps!! Fun morning of fishing with great anglers. All fish released. E Holstman 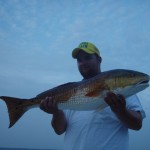 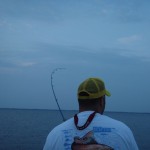 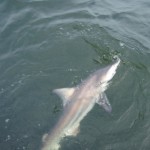 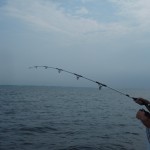 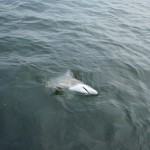 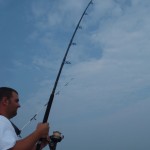