It is Friday the 13th but I’m pretty certain it was the overnight 35 degree temperature drop that stopped the fish in their tracks this morning. When people want to fish, they want to fish. In any conditions, I guess! Guided a few fellas that wanted to catch some redfish, trout and flounder that have been so easy to come by this week. Started at 600am with ice on the boat and a stiff NW wind. Slowly, slowly cruised to our first stop and we all felt the immediate windburn. Made a few strategic casts and caught some decent speckled trout and a few small/medium redfish. Pretty nice start considering! Well, it was a tremendous struggle from there. No mullet, no bait and very little water movement. We used some rivers and creeks as our water movement and picked up a few more speckled trout and some more solid strikes. Finally, we decided to just stick in water depths of 5-10′ and be around as many fish as possible. Slow taps and deadsticks lured a few more trout and redfish but it was incredibly slow fishing to say the least. They’re hard to catch when they won’t bite! Anyway, stayed until the water totally stopped and returned to the warm Excursion. Moved around some guided trips due to the cold weather and crap tides for the next few days but we’ll be back early next week with more great fishing at Redfish U. All fish released. Thanks, E Holstman 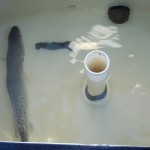 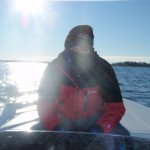 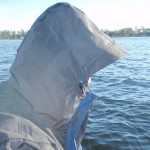 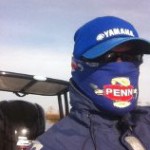