Instructional, traditional and combinations of the two have allowed Redfish University to fish whenever we’d like recently although the challenge remains with sorting out our 10-12 monthly locals that just love to fish with Redfish U. With travel, both in the form of business(fishing) and pleasure, we’re passing on many weekend Redfish U. trips although the next few weekends will be booked.
It was another great run of Pensacola inshore fishing charters at Redfish University. Five in four days, in fact. Last week, we fished a few mornings and an afternoon with very similar results. Plenty of speckled trout, a few flounder and the redfish in the 25-40″ have held in a few staging areas and have been a blast on Sebile Bongas ripped across the surface. It was a great variety of catch and release, enough for dinner and then the “meat” packers so we’re trying to take it easy on the local redfish, trout and flounder populations. We really made a dent in it this Spring and Summer. Today, the pre-cold front conditions were ideal for a rabid feeding pattern with falling pressure, light winds and overcast skies. We encountered one trout after another with many on the 18-21″ range along with a few flounder. Later in the morning, it was the topwater redfish that took center stage with all in the 25-35″ range. All fish were released this morning. The second trip today was a rainout although we got about an hour of fishing in before the deluge started. It was my view that the rain and wind would approach later in the afternoon/early evening but I was wrong. Very poor and uncharacteristic planning and we have rescheduled this Redfish University instructional trip for later in the week. The sadness turned to joy with a huge box of new emergency Gulp! baits waiting on my doorstep upon returning home. You know you’re pounding it when a huge Gulp! allotment is gone by October!! Hitting it hard for the rest of the week and some instructional trips in Destin, FL. as well. See ya, E Holstman 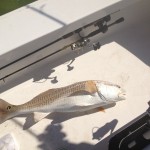 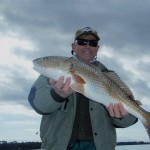 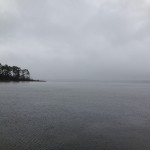 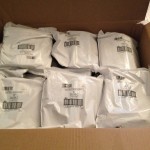 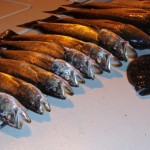 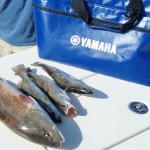