Guided Kyle and Brett Lawrence this morning. The brothers were looking for some redfish and trout action in the early morning hours then some shark fishing during the last part of the trip. Started at 515am and ran way east in search of redfish and trout. We found the bite to be a little slow in some areas that are normally outstanding. Made an adjustment and really started hammering the speckled trout with some redfish mixed in. Some fish took the topwaters and some on the Berkley Gulp! Jerkshads. After the early morning action, we shot off to the beach to do some sightfishing for sharks. Got on the trolling motor on the east and west side of Pensacola Pass but only saw one shark that was not at all interested. Cruised back inside the bay and checked a few more shallow flats for cruising sharks. Nothing. We even found it difficult to scrape up a few ladyfish and bluefish. Ended up hitting an area where I knew there were sharks of all sizes although we weren’t going to see them. We found plenty of sharks and the runs were extremely consistent. Ended up boating 8-10 sharks between 2-5 feet. Lots of fun on light tackle and had some very large fish on the 4/0 rod only to drop the hook. All fish released today. Trips all week with a few openings next week. Book now to experience Redfish University!! 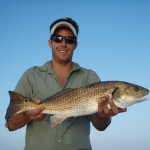 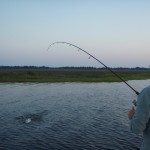 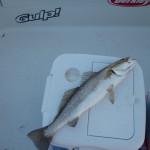 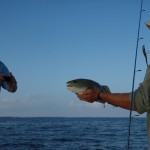 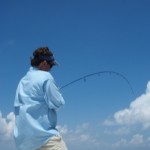 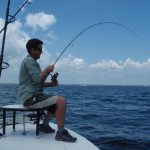 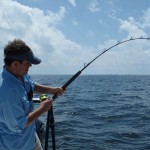 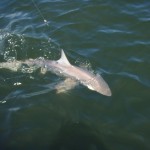 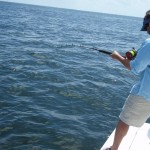